Of Cardinals and Woodpeckers, Songbirds and Peckerwoods... 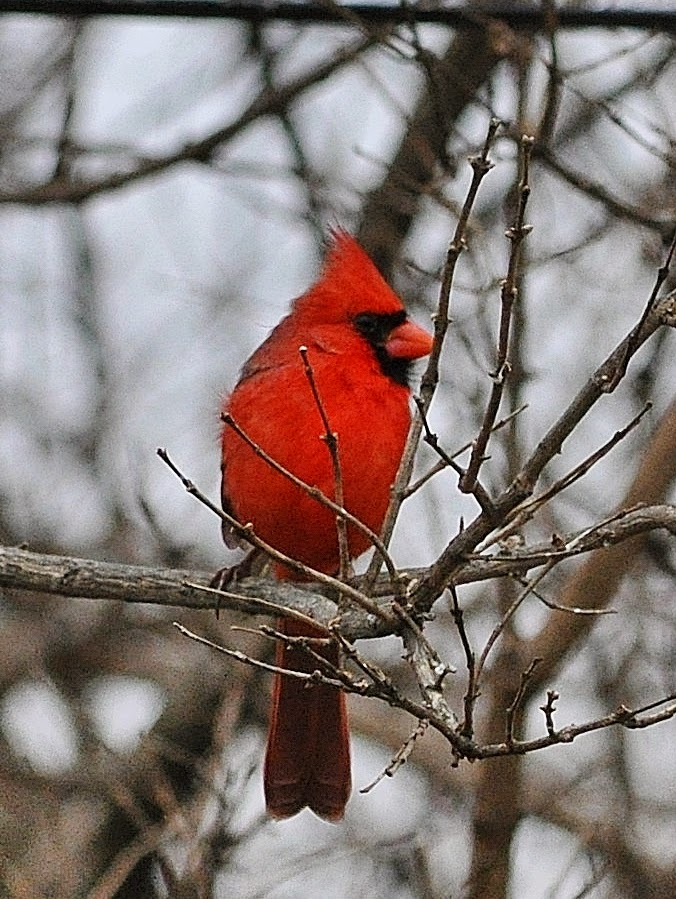 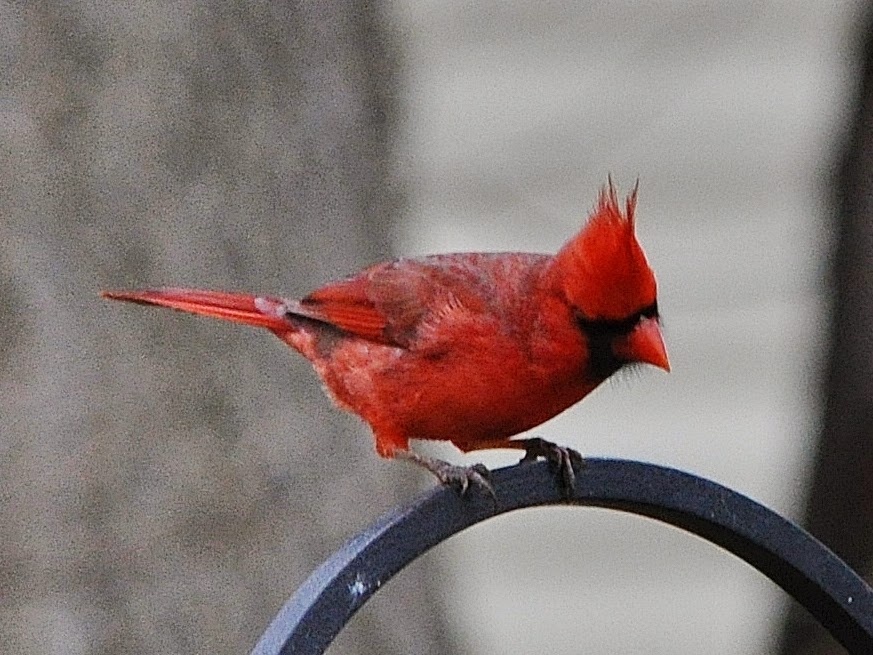 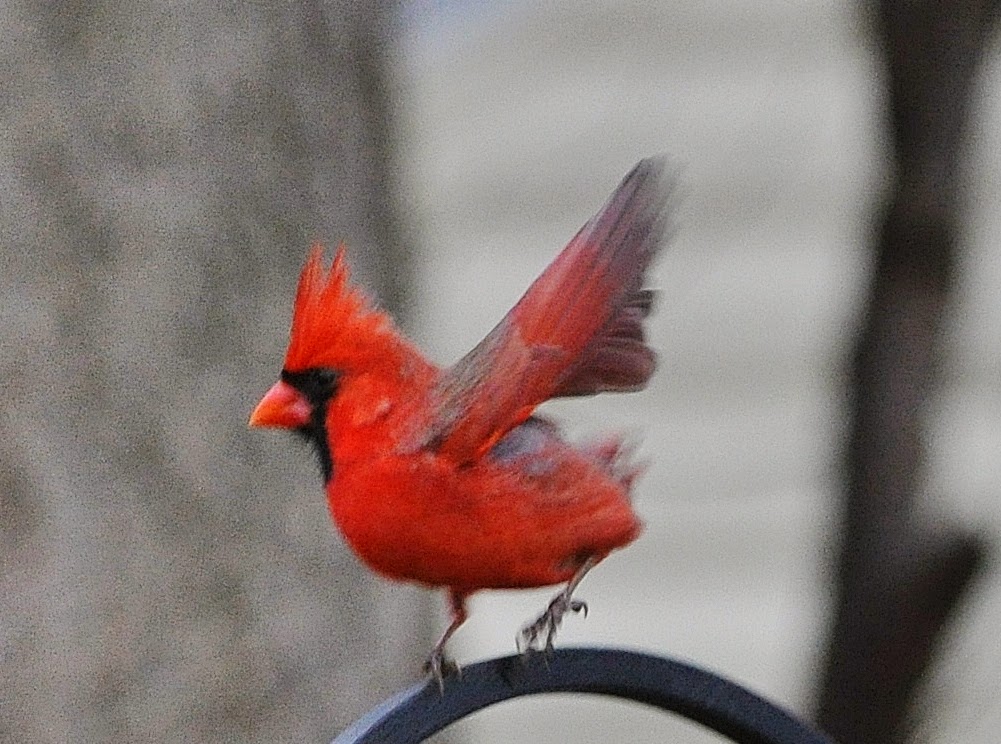 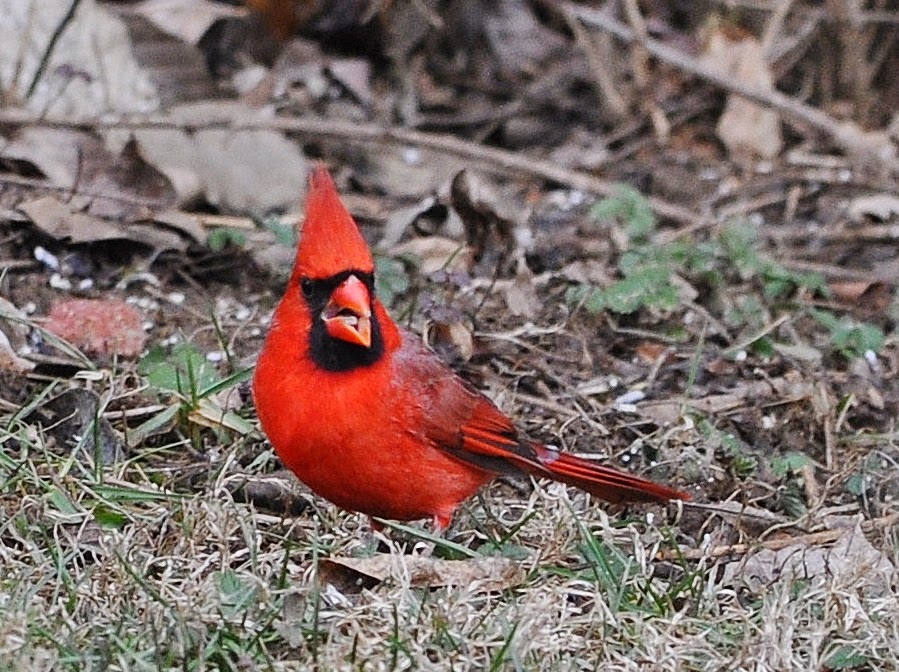 Makes me laugh, every time! 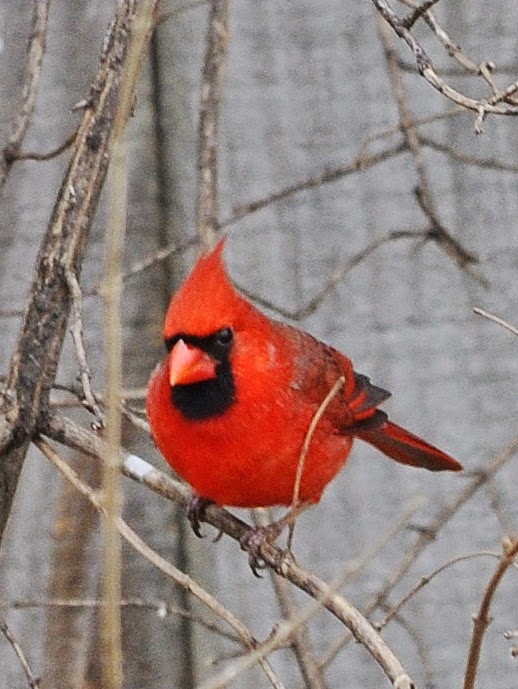 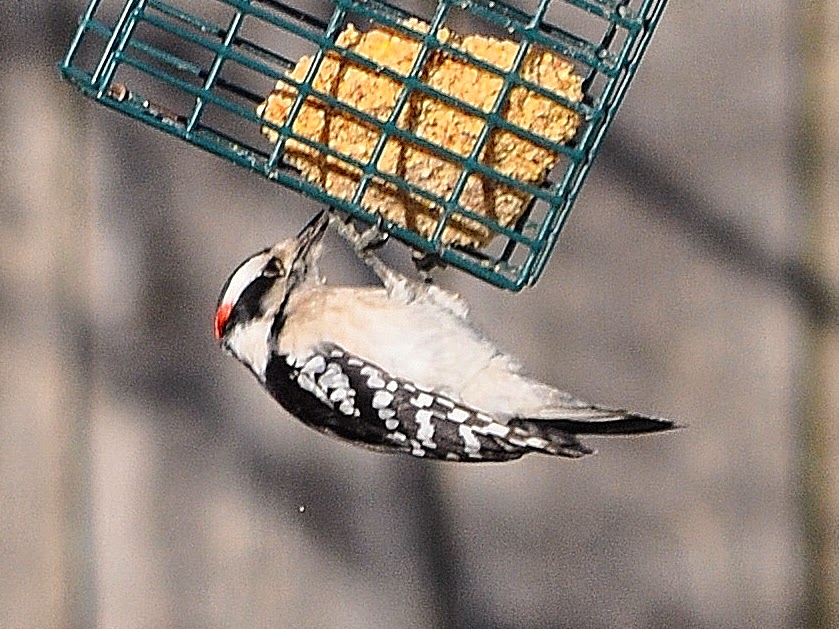 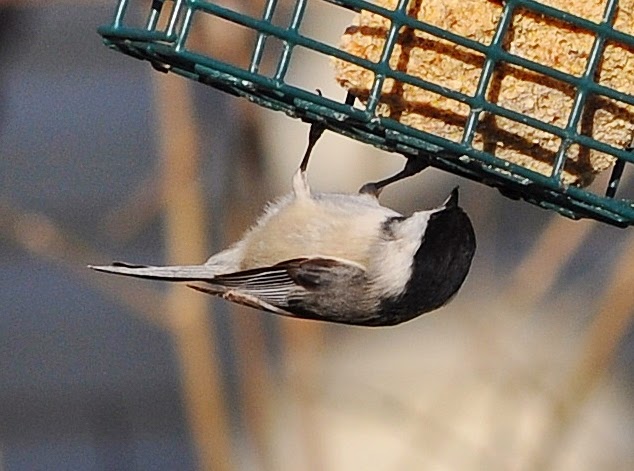 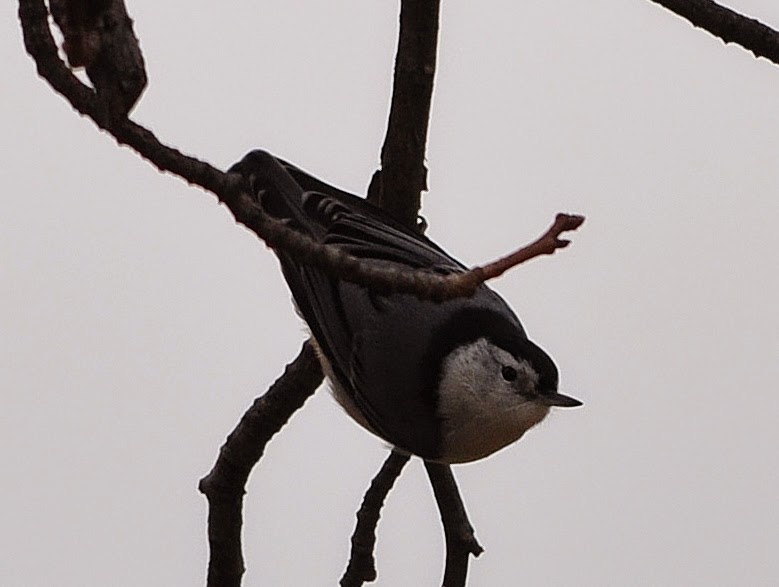 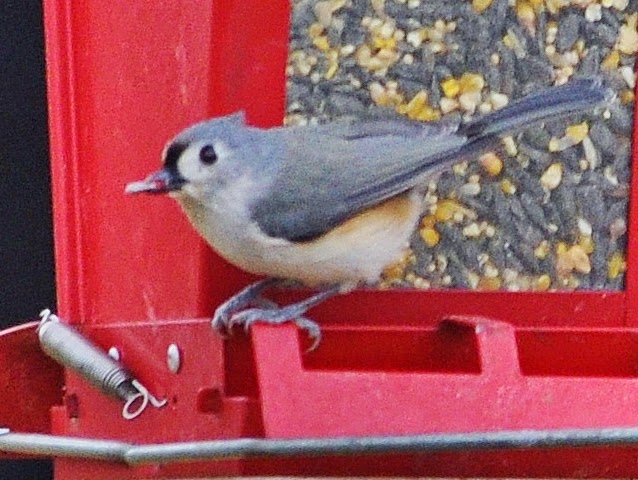 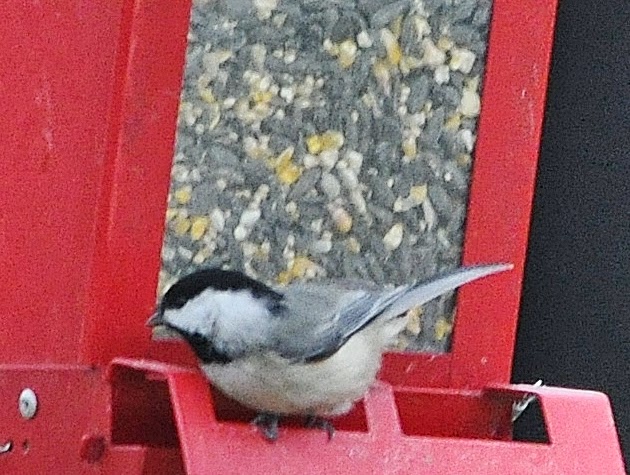 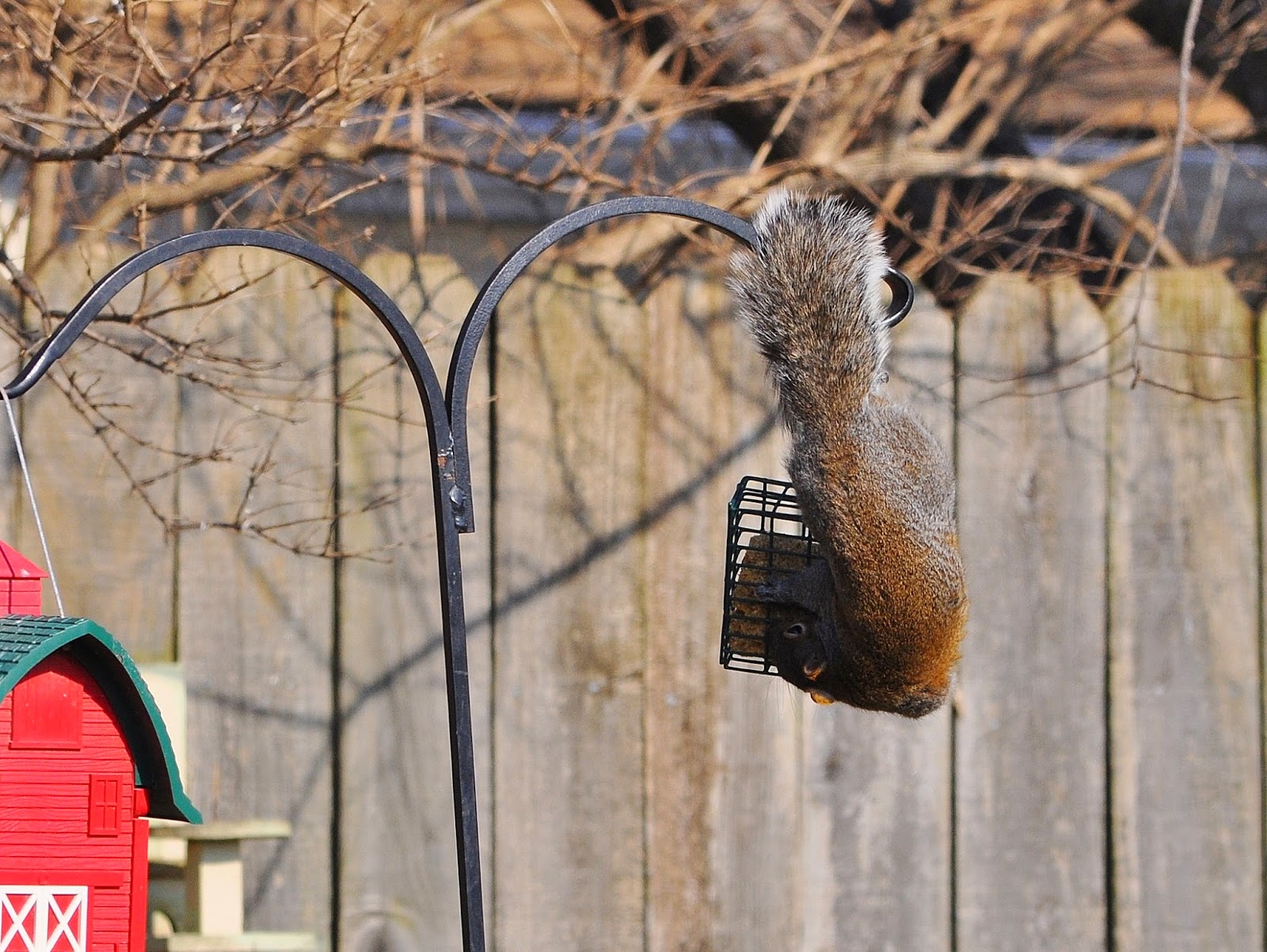 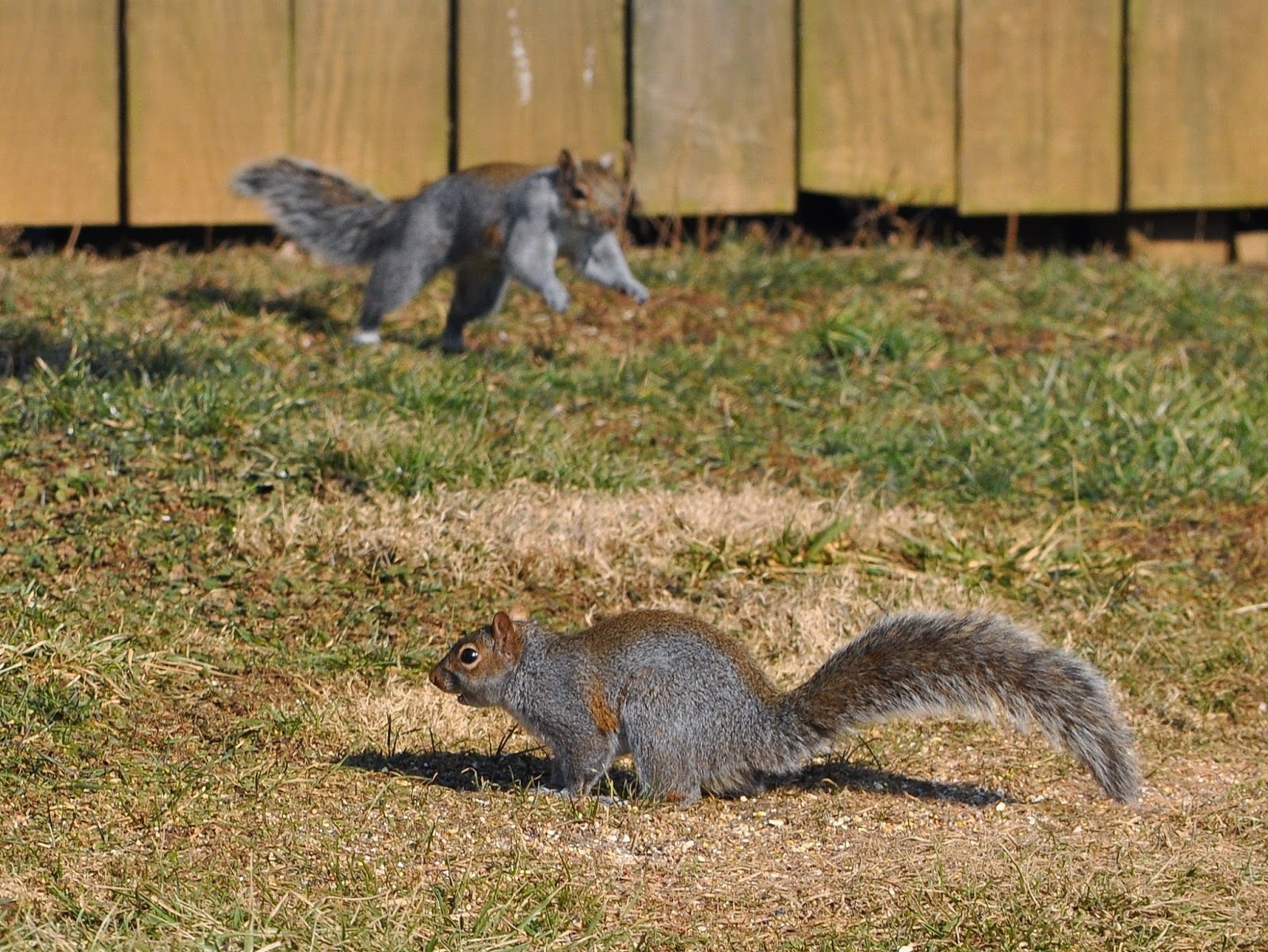 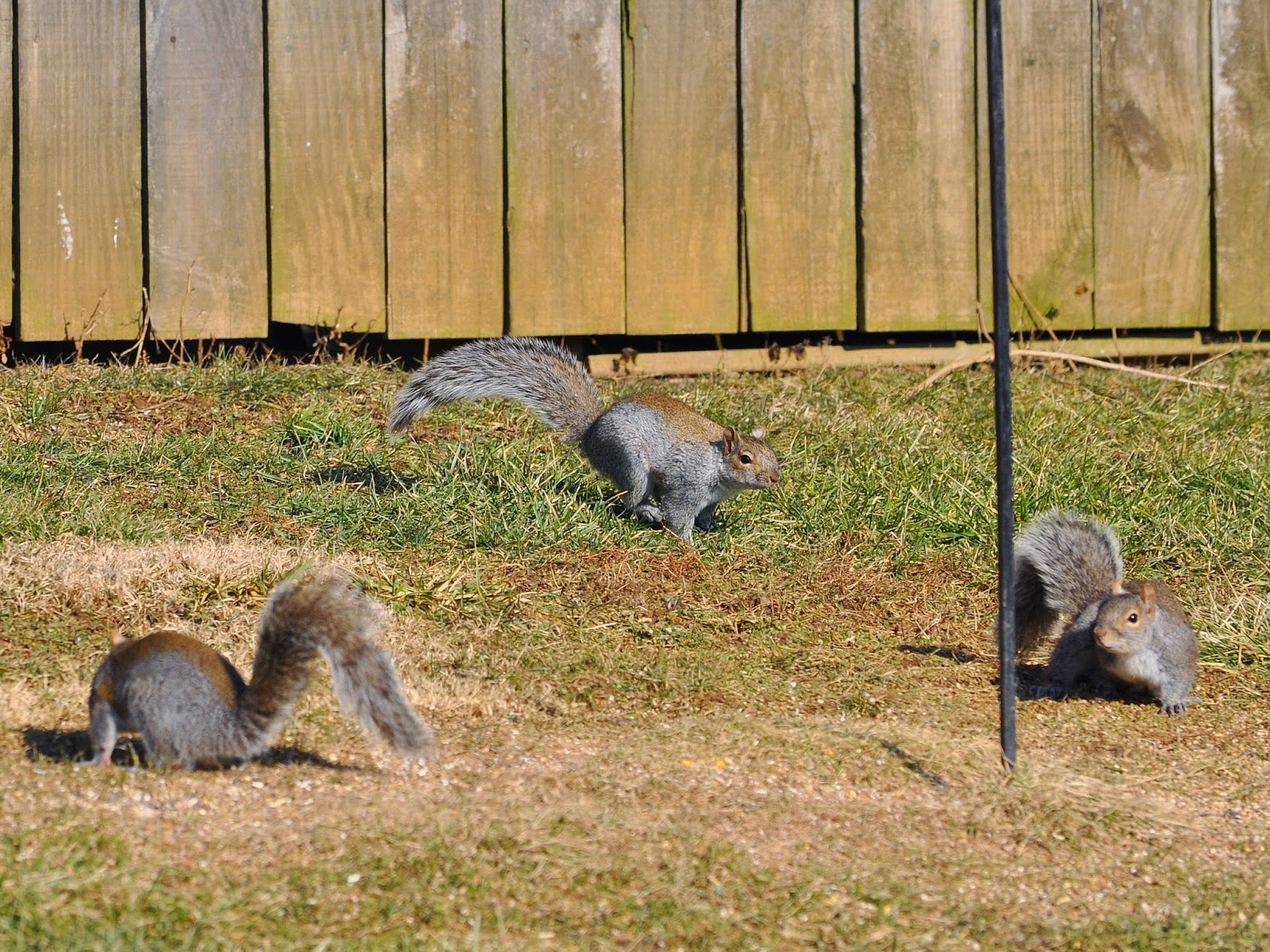 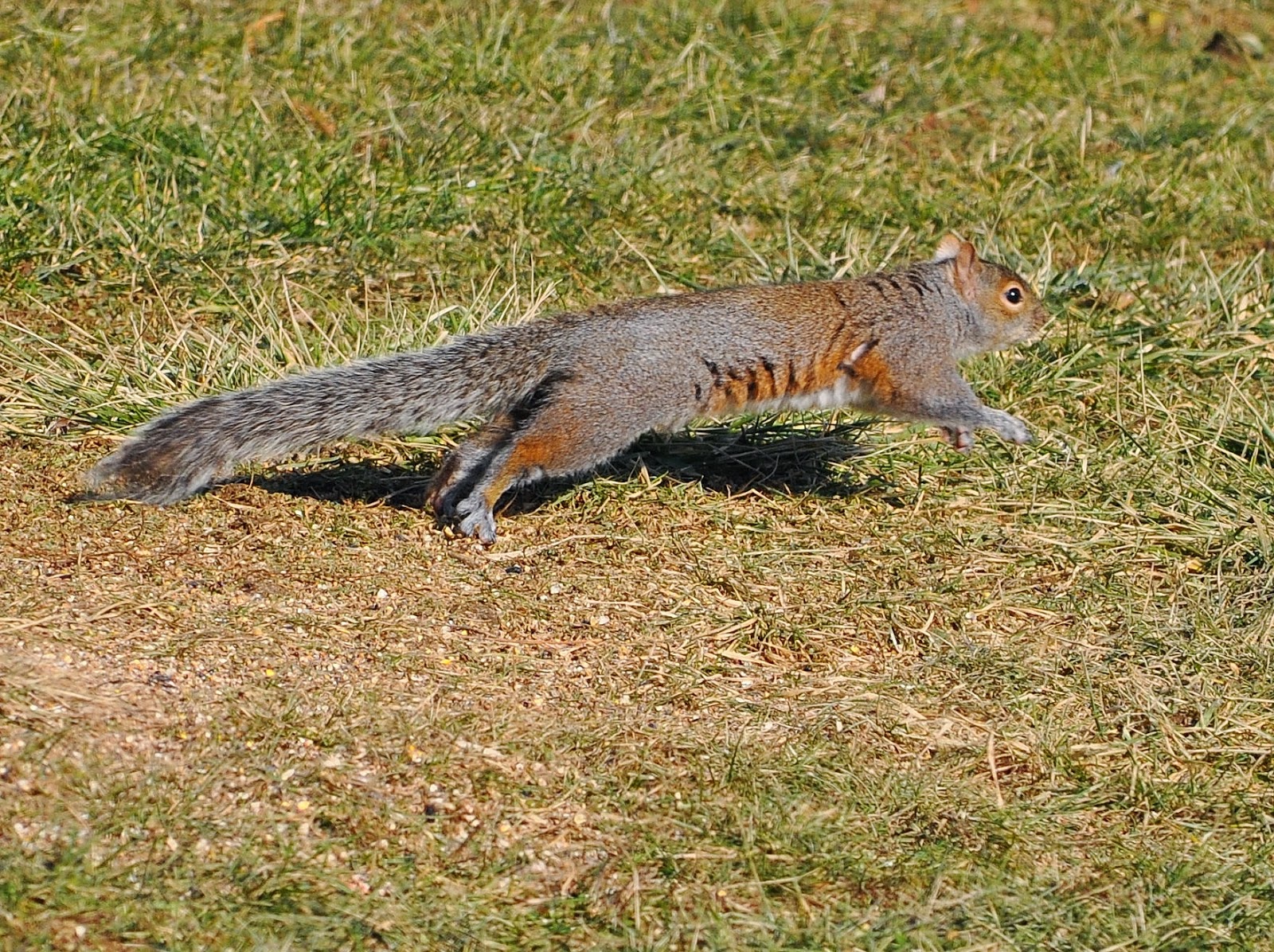 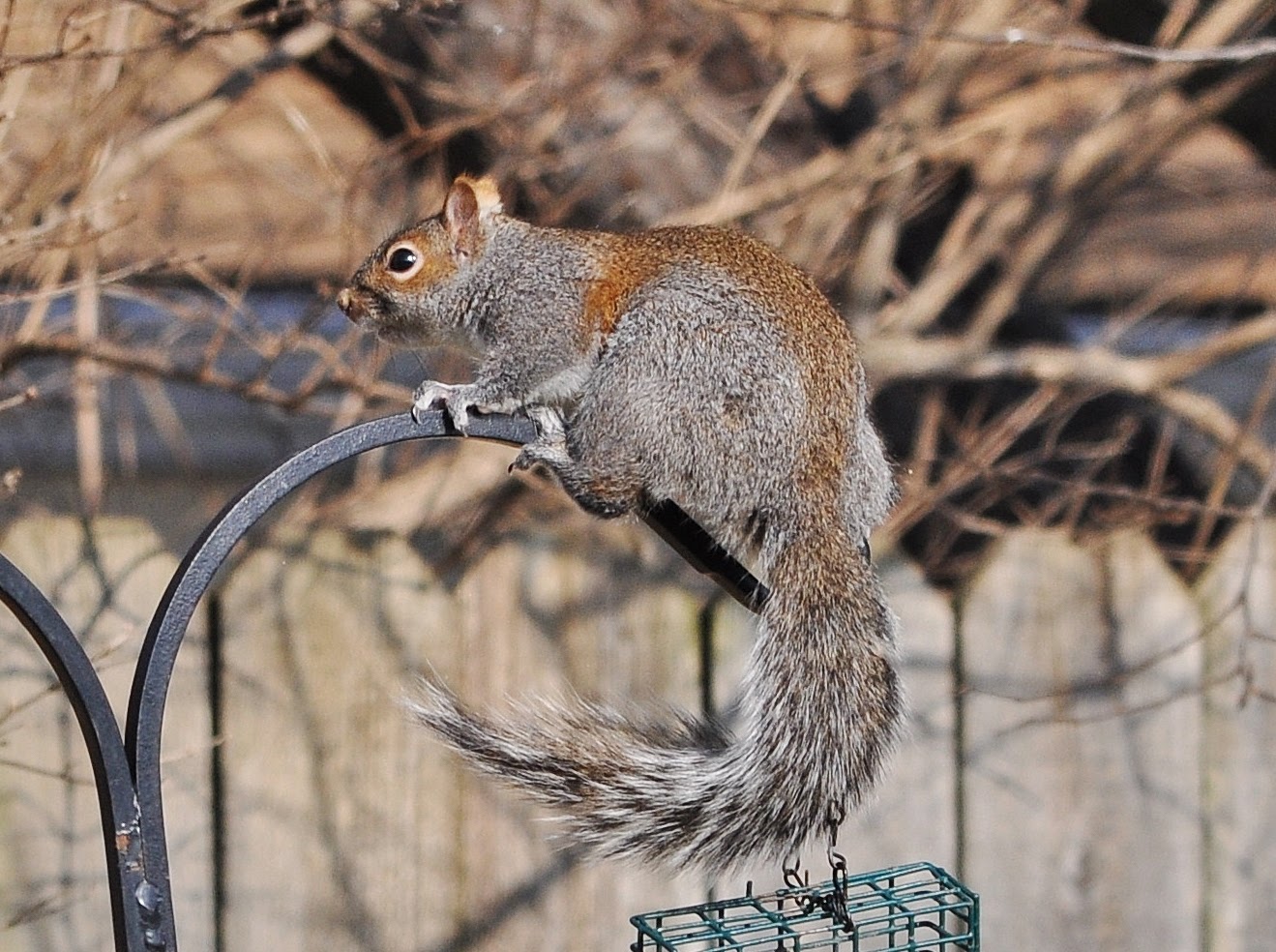 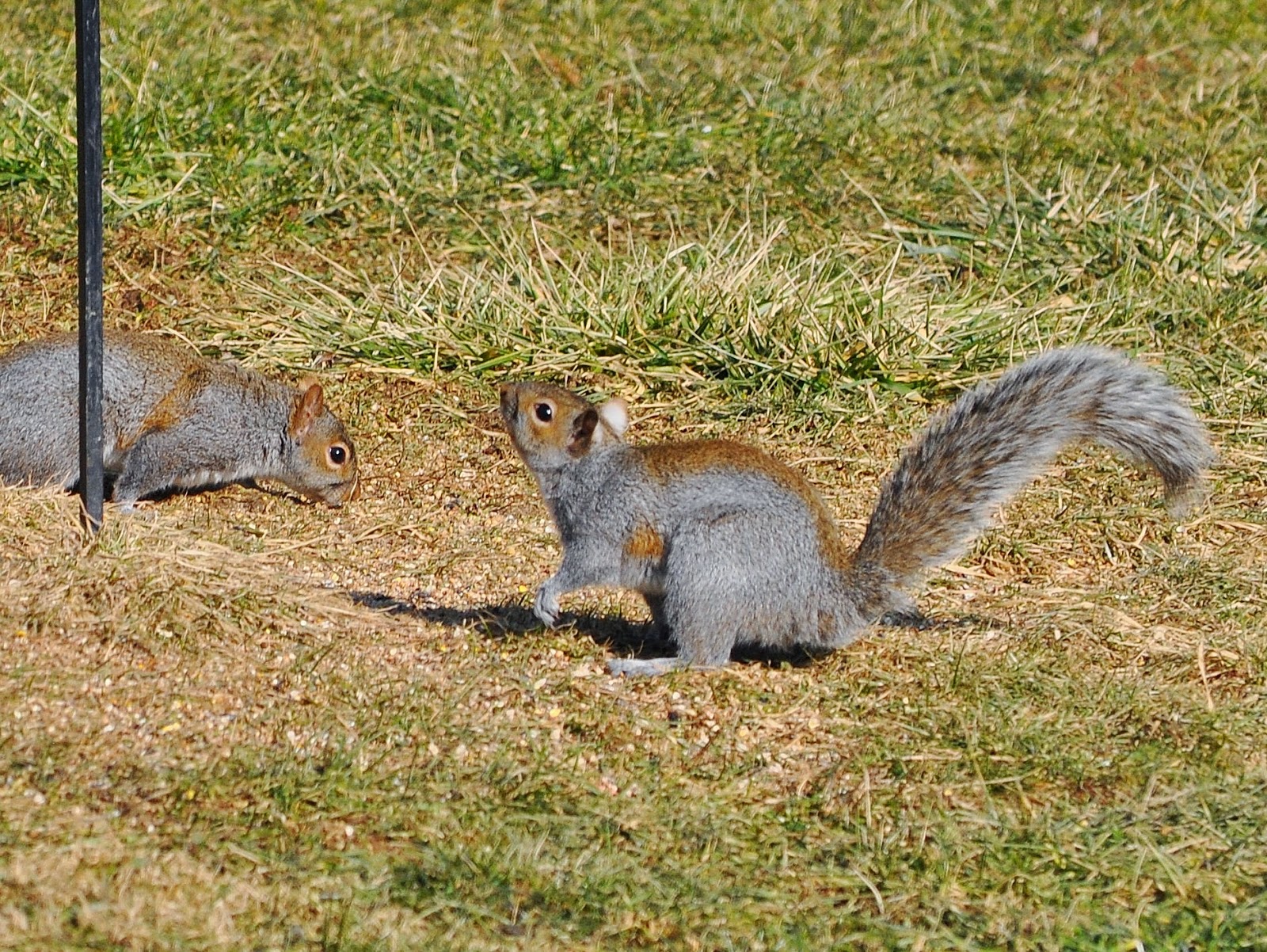 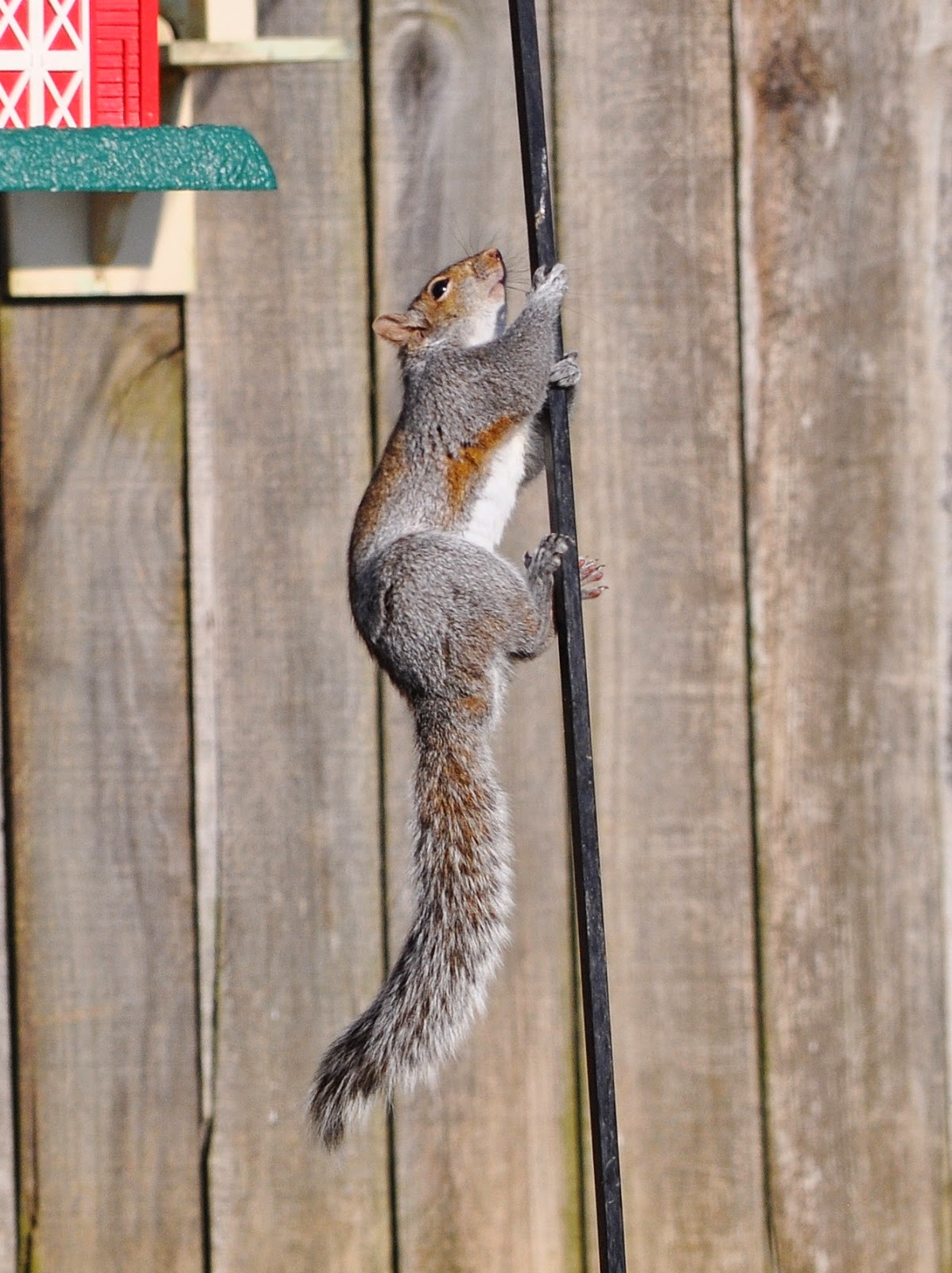 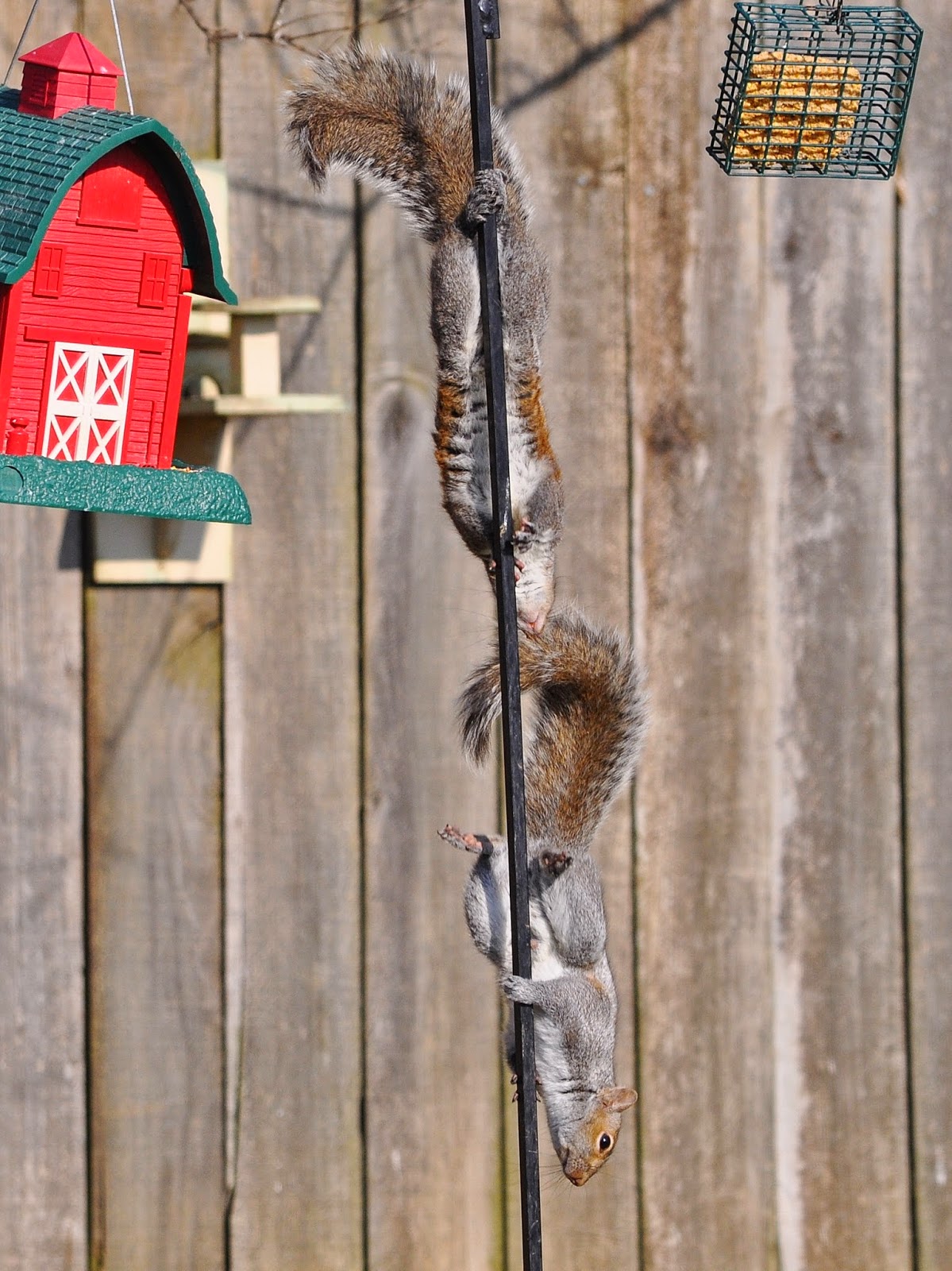 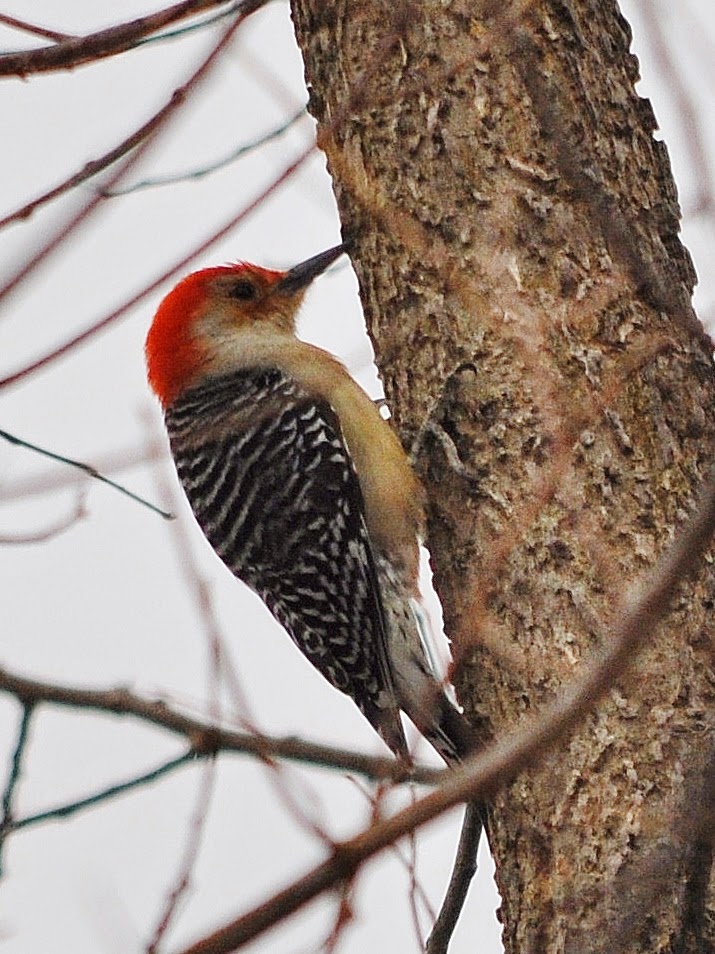 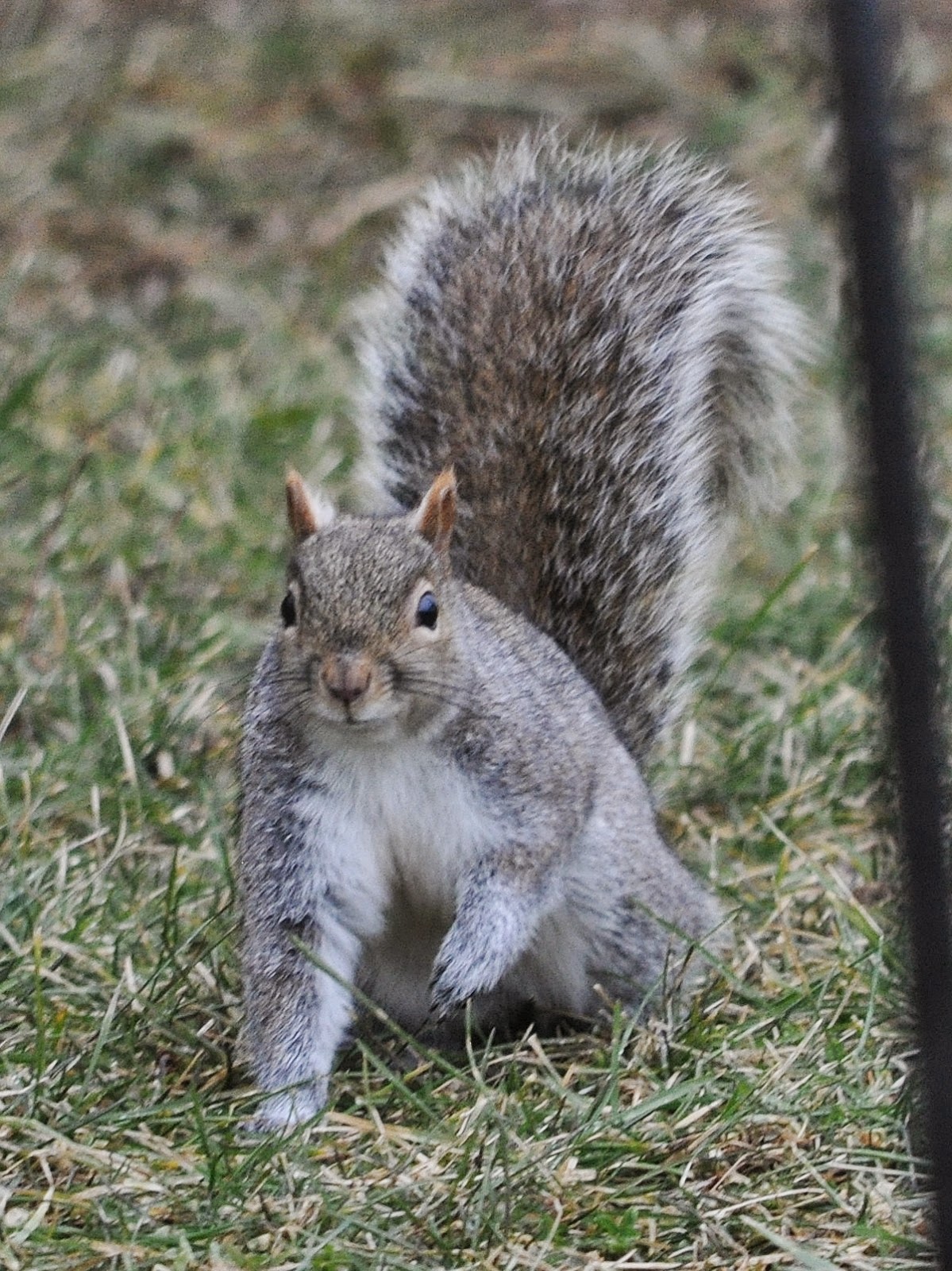 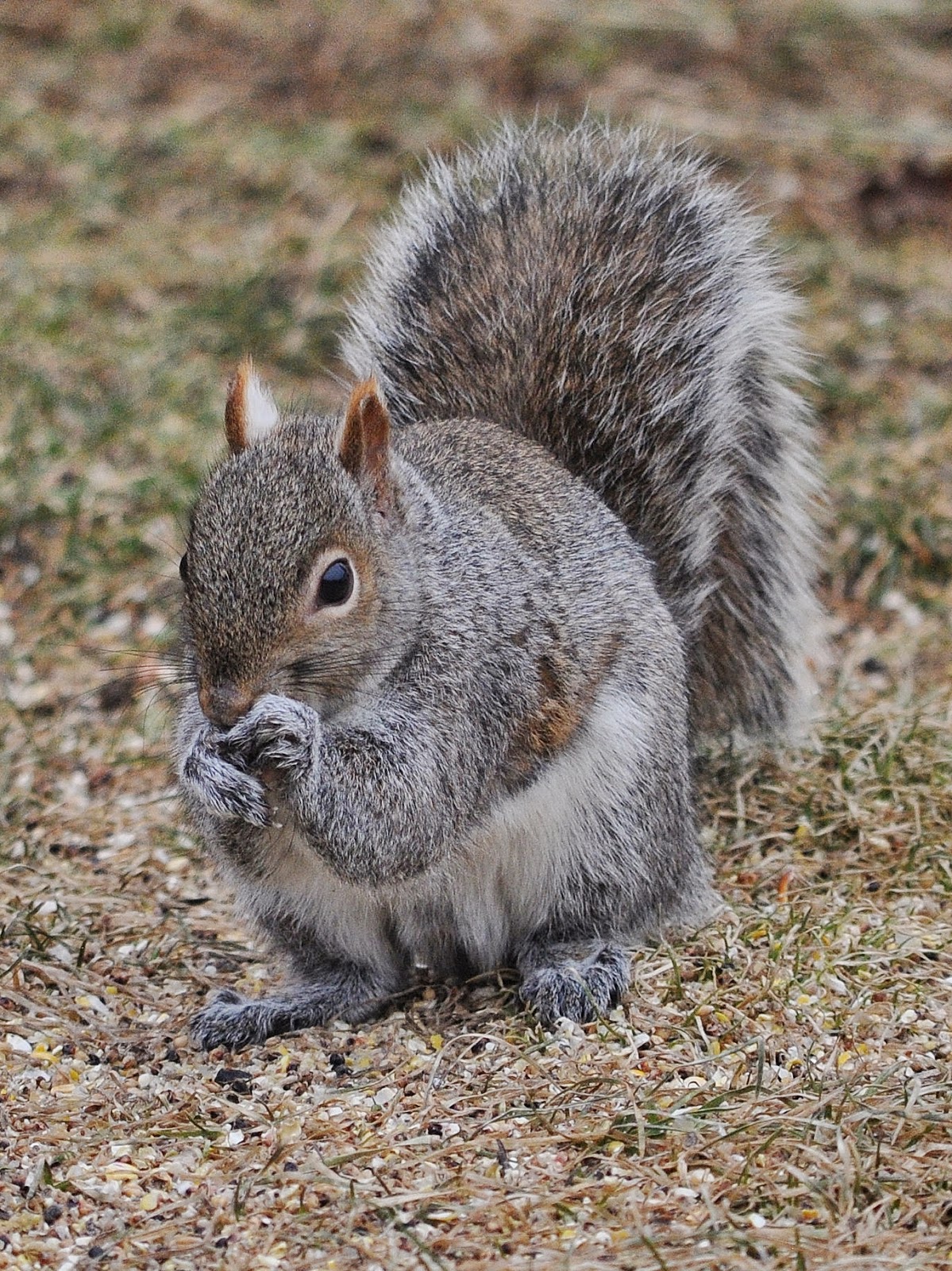 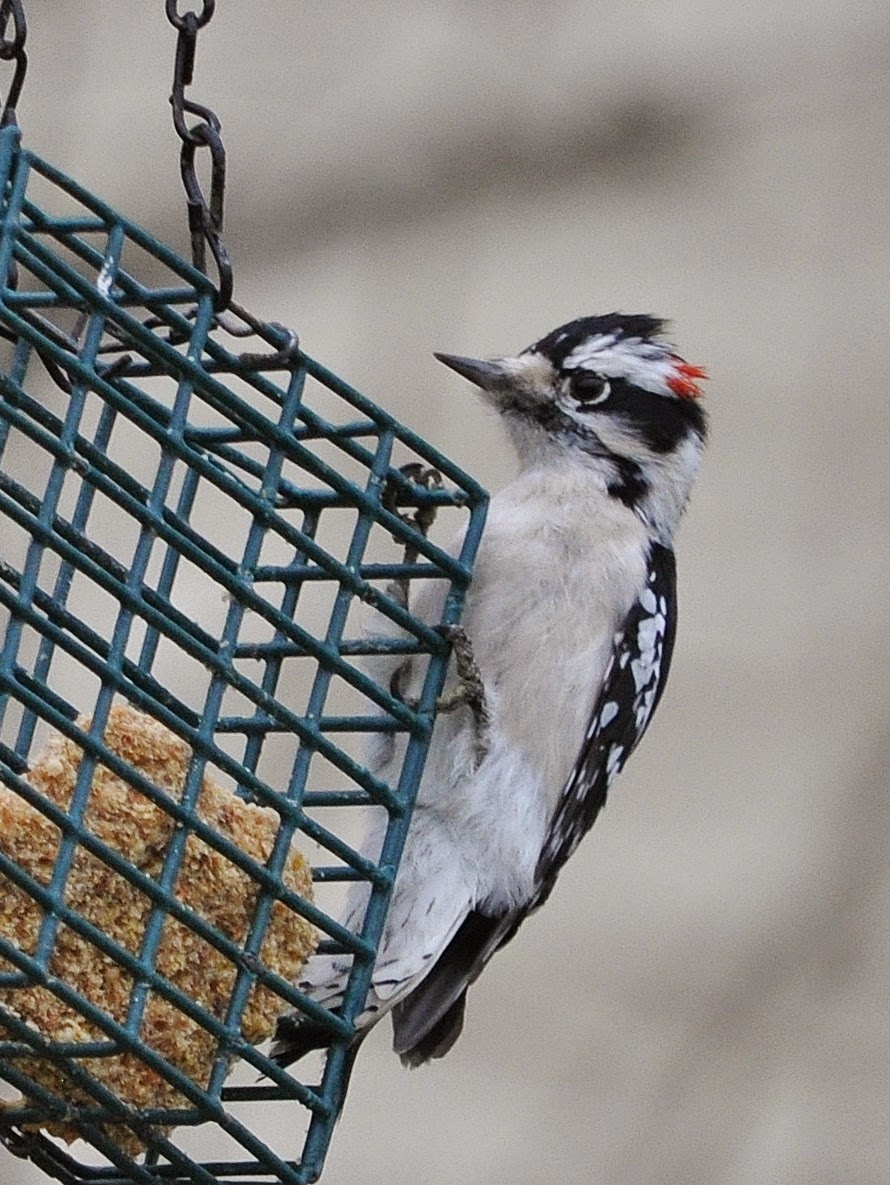 And our little Downy 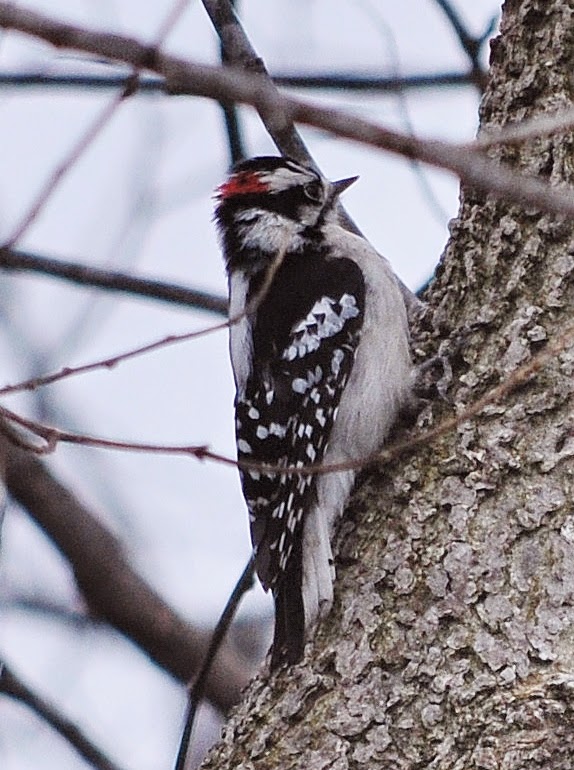 The week that was.
Posted by Carolina Linthead at 12:17 PM 5 comments:

For my brothers and sisters...I may not have been in your jungle, but that doesn't mean I don't get it. Peace be with you, veterans...grace and peace be with us all.

You ponder entertainment news;
I study casualty lists…dead statistics.
You speculate about sports;
I rack ammo into clips for weapons
Stripped, cleaned, oiled…
Maybe now I can sleep tonight.
You are restive…some minutia
Floating on the edge of consciousness
While I ponder the relative ballistics
Of a thrown phone that seems filled
With foolish drivel, trivia from a world
Where squirrels steal untold snacks
From sparrows, and the stones and arrows
Never reach you in your cocoon.
But soon they will, and every hull
And shell will count…and all of them
Are chronicled in my warped brain…
The pain of my past demands it.
Shit…I would rather forget and drift
On the sea where Buckeyes and Ducks
Matter more than scattered seed,
And weed is a joke to be toked,
Not the strangling vine intertwined
With my spine, pulling me down


Into the void…Pink Floyd said it all.
Posted by Carolina Linthead at 10:13 PM 2 comments: 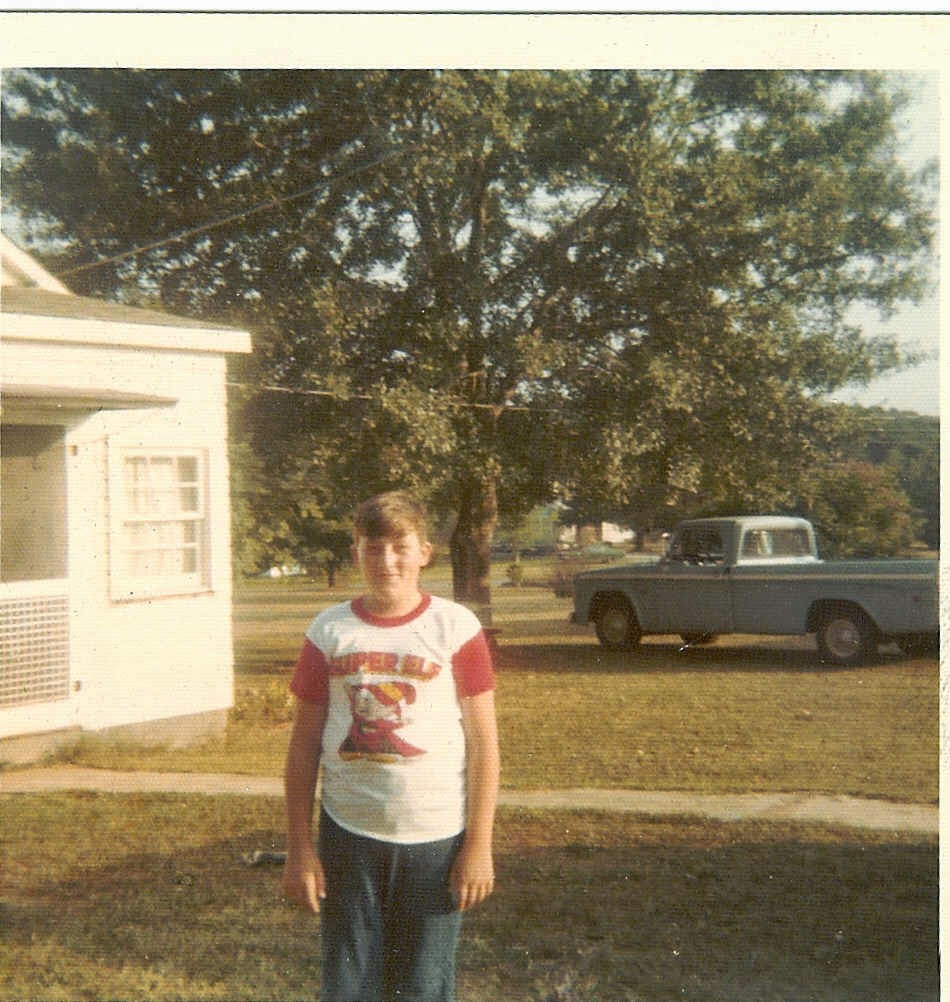 In August 1654, in Durlach, Stadt Karlsruhe, Baden-Wuerttemberg (present-day Germany), Barthel Reinau was born, and so was my family line. Barthel may have been born of a refugee who had fled into the area of Karlsruhe, and the name likely reflects that...he was simply Barthel of Rein (Rhein/Rhine). In time, he would marry a woman named Anna from Karlsruhe, and they would have several children, including Johann Hans Martin Reinau. Hans would marry a refugee from Switzerland, Magdalena Freymuller, and they would have many children before making the momentous decision to migrate with their family to North America. They made port in Philadelphia, and settled near York, in the colony of Pennsylvania...part of the vast Pennsylvania Dutch (Deutsch or German-speaking) migration of the 18th Century.

The Reinau family planted deep roots in the fertile Pennsylvania soil, but as numbers swelled, both by new immigration and natural increase, pressure built until an outlet was needed for young families to acquire new land for themselves and their descendants. For many German-speaking families, as well as newly arriving Ulster-Irish (Scots-Irish) families, the solution was to head south to the Carolina back country. English and German settlements had already been planted near the Yadkin River Valley, and there was the promise of more land in the Catawba River Valley. My ancestor Jacob Walter Reinau, born in August, 1726, in Stadt Karlsruhe and brought to the New World by his parents, now headed south to look for a place to raise his own family. He had married a stout Swiss girl named Elizabeth who gave birth to several children, including my ancestor, Jacob Rein (born in the early 1750s) in York. By the early 1760s, this young family had settled with other German-speakers on Big Long Creek (clever name...it was a big, long creek), a tributary of the South Fork of the Catawba River, in what would soon become Tryon County in the colony of North Carolina.

I am kin in one way or another to most all of those early pioneer families on Big Long Creek and beyond, but for now I will focus on the Reinau/Rein/Rhyne story. The younger Jacob met and married the daughter of a pioneer family named Bosch/Best. Her mother was Elizabeth Catherine Heyl/Hoyle, product of yet another pioneer family in the community. Young Jacob and Maria Elizabeth would have many children during the era of the American Revolution, in which old Tryon County would be renamed after the Patriot General Benjamin Lincoln. In 1791, as the new Republic sought to gain stability, my direct ancestor, David S. Rhyne, was born. David married Anna Maria Elizabeth Carpenter, product of yet another German-speaking pioneer family, and they had many children (a recurring theme). About 1834, Anna Maria gave birth to a boy named Henry, who would marry Margaret Saphronie McGnnis, an indicator of the reality that the German-speaking community had become an English-speaking community and had begun to intermarry with people outside the group.

Henry and "Fronie" Rhyne had fewer children than their parents or grandparents. The first-born of these was James Franklin Rhyne (born November 25, 1859). Frank Rhyne married Maggie Fisher, and they had several children. Aunt Annie was first-born, about 1899. Then, on April 20, 1910, came the shocker: triplets! My grandfather, Bertie Lee Rhyne, was born, along with sister Bonnie and brother Burley. As they grew, Bertie Lee took on the nickname "Slim" and Burley Lee took on the nickname "Chick." As adults, the triplets tried to get together for a big birthday bash when they could. I don't know that it happened every year...I suspect it did not. I have such fond memories of those gatherings when Slim and Flossie (my grandparents) hosted them...so much food! So many strange people wandering around the house and yard I knew like the back of my hand...Rhyne cousins I rarely saw otherwise, as well as Flossie's large family, etc., who came because it was a great event. As I look back on it now, I think how it would have seemed like a gathering of Hobbits (without the ale, but surely with tobacco for dipping, chewing, and smoking). And there was always my grandfather's hand-squeezed lemonade, made in a big galvanized tub and chilled by a big block of ice from the ice house in Lincolnton. Slim also made lemonade for Homecoming at the local Baptist church where he was a deacon, trustee, and long-time custodian. 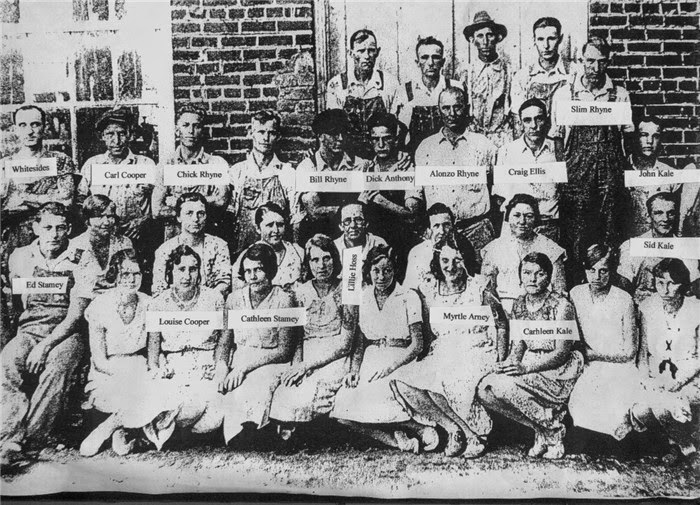 *I found this copy of a photograph on Ancestory.com...my father also has a print copy. Slim (upper right) and Chick (left-center) are pictured, among other mill hands at Laboratory Cotton Mill.

To digress for a moment, Frank Rhyne was a cotton mill worker...an original Carolina linthead, and so Slim also learned that trade. He and his brother Chick worked at the Laboratory Cotton Mill, and there met the Hicks family, which D. E. Rhyne (also a descendant of pioneer Jacob, but very distant kin) had lured down from the South Mountains so the many Hicks girls could work his spinning machines. Slim later married the youngest surviving Hicks daughter, called Flossie (actually she was six years his senior, born on January 31, 1904), and they had two children. The first-born, Joseph Floyd (named for Flossie's twin brother, who died less than a year after birth), is my father and still lives down in North Carolina, in the house he and his cousin built for Slim and Flossie...the house where my grandparents hosted the Birthday Party. The younger son, Albert Lee (named after his father), lived a long life on his terms, including joining the USMC in the 1950s, advancing to the rank of corporal, and serving for decades as a reservist mechanic. Later in life, he became a mechanic with the Charlotte Fire Department (NC). We lost him to lung cancer in 2011...he smoked his whole adult life. He married late and had no children of his own.

My brother and I, the only off-spring of Joe and the dear departed Frances Friday, our mother, live on. He lives in North Carolina and near my father. I live in Ohio and all too often separated from the two of them by more than distance. 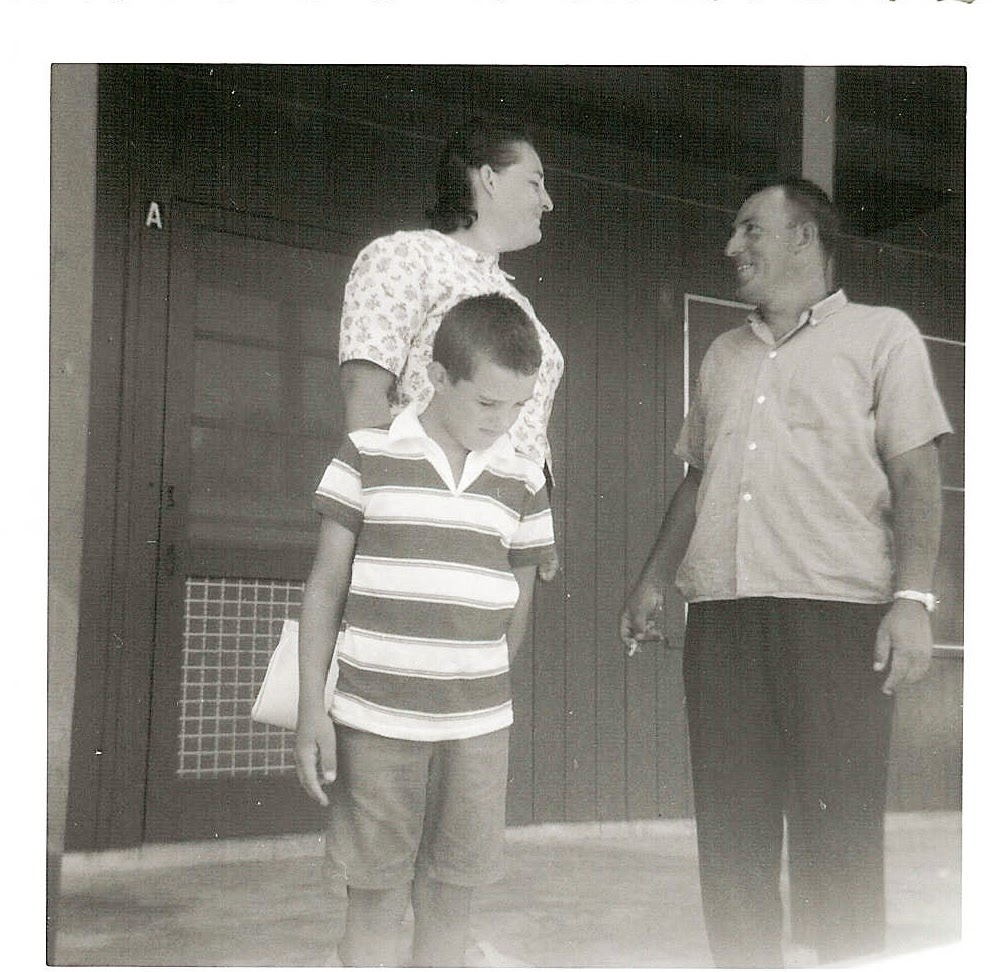 I have never seen my father so upset as he was the night he told me that Grandpa Slim had cancer. He was devastated. My father had been the "good son"...had stayed near his family, cared for them, and now he picked up the burden of taking his father on many trips to Baptist Hospital in Winston-Salem to see if anything could be done. By the autumn of 1974, it was clear that nothing could be done. Christmas came hard that year, as Slim, really the center of Christmas in the Rhyne household, lay dying in another room as we gathered and picked at the fruitcake, nuts, candies, etc., that Flossie always put on the table for the gathering. 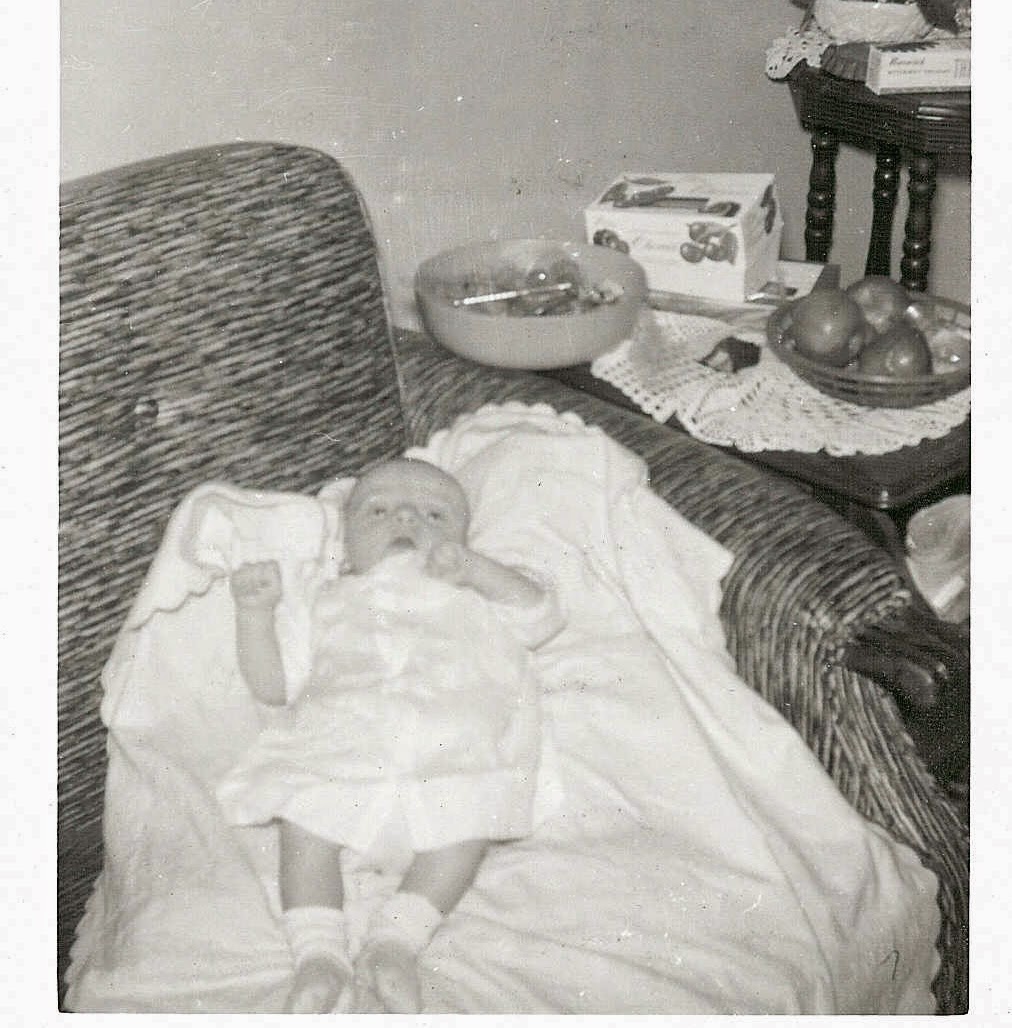 Baby me...note the bowl of nuts in the shell, bowl of fruit, chocolate-covered cherries, maybe thin mints...definitely Christmas at the Rhyne house...I'm thinking my first?

There was no comforting Slim...he would not even take a sip of alcohol...he was a tee-totaling Baptist deacon, and agony was preferable to sin. He mercifully expired on January 5, 1975...forty years ago this day. My life changed after his death...for the worse...much worse...at least in the short run. That is a story to be recounted elsewhere. For today, I remember Slim. I was only 15 when he died, and thus barely knew him as a man. Over the years I have learned what a great loss that was! He was a great, humble, gifted, trusted man...a leader by example in every aspect of his life, and far more beloved than I can express. *Most of the information on this page has been gleaned from Ancestory.com, to which I subscribe, and it is generally corroborated with my extensive knowledge of family history and published sources on those German-speaking pioneer families that helped found greater Lincoln County. I take full responsibility for any factual errors or oversights...I am not a professional genealogist, nor do I ever wish to be...teaching history is much easier than reconstructing it!