The last two Fridays have brought recognition to this professor of history, first by his teaching peers and then by his publishing peers. The former was captured thus by my darling Bug: 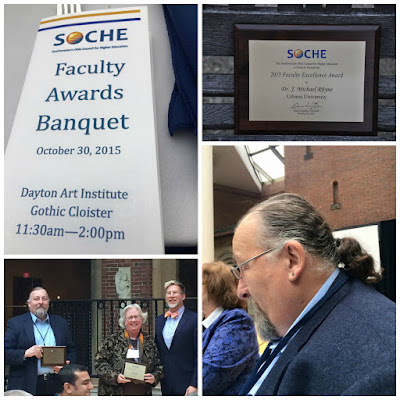 This Friday, the two of us traveled to quaint, endearing Frankfort, the capital of Kentucky, for the Kentucky Historical Society's annual meeting and awards presentation. It was a lovely trip! 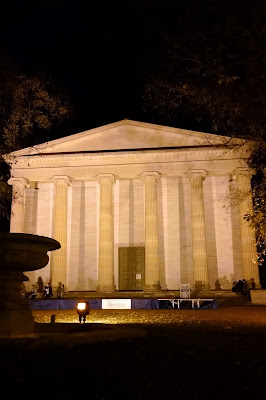 We convened at the Old State Capitol 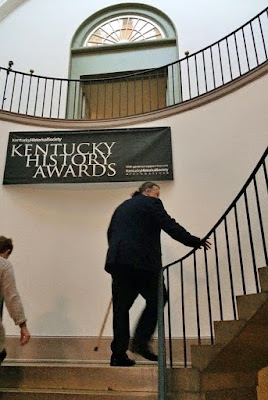 Yours truly heading up the steps to the House Chamber 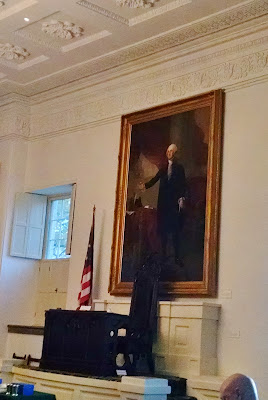 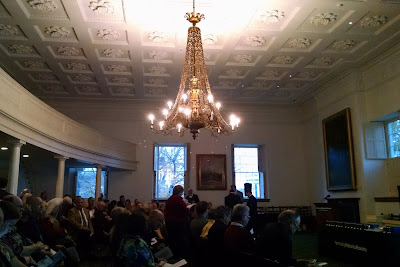 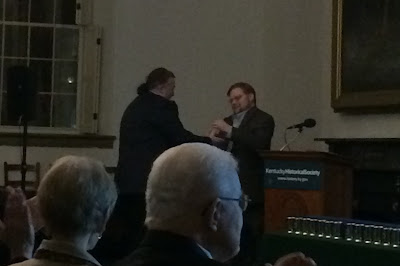 Receiving the award plaque and very generous check from DT, the editor of the Register 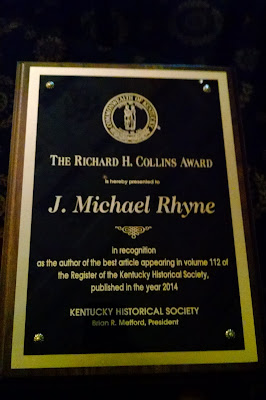 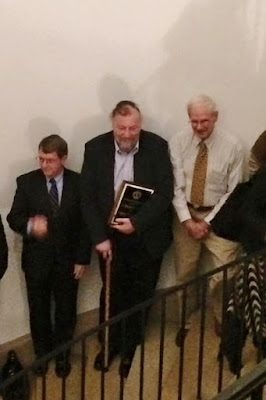 Having my picture taken with ND (to my left), old friend and former editor of the Register 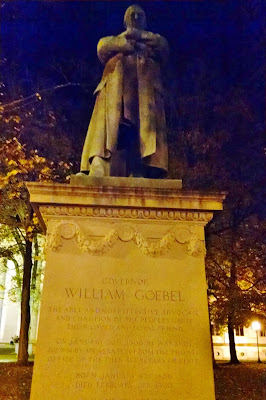 After the reception, we paid our respects to Northern Kentucky's own William Goebel, Democrat but outspoken opponent of railroad monopolies. He was shot and mortally wounded on this site in January 1900 in the midst of a contested gubernatorial election. The Capitol was surrounded by state militia, and state representatives scattered. Republicans convened down in London, Kentucky, while Democrats convened in near-by Louisville. In the end, Goebel was sworn in while the Republicans cried foul. He died the next day, leaving his running mate and more palatable choice, J.C.W. Beckham, to take over as governor. Some say the Republicans had Goebel shot; others say his death served the interests of the railroads a little too conveniently, and so the debate goes on. 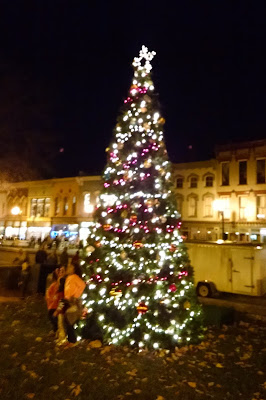 Then we joined the tree-lighting festivities on St. Clair Street! 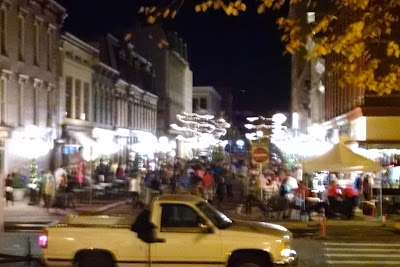 Thank you, Frankfort! Always a pleasure... 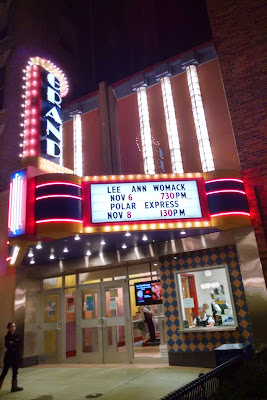 After a nice stroll with my sweetie, it was back to the hotel for rest...it had been a long day! 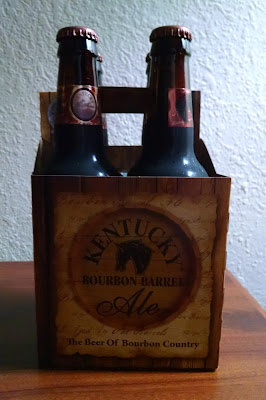 I treated myself to some of this, realizing after the fact that I didn't have an opener 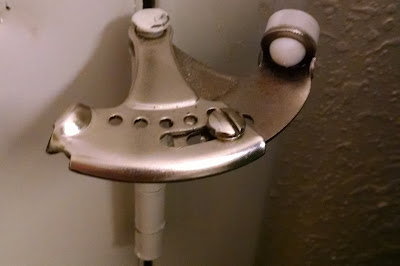 I was contemplating going back to the car to check the tool kit for some usable implement when I spotted this inviting door stop...it worked like a charm as a bottle opener! Just a matter of leverage, really... 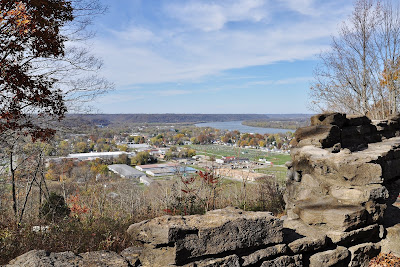 The next morning, we drove back north, generally following the Kentucky River until we hit the Ohio at Carrollton. 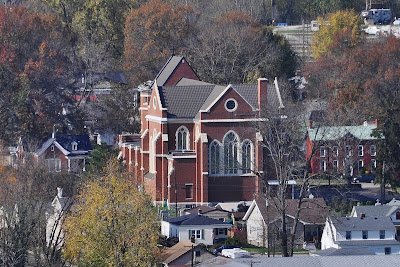 The view from the General Butler State Park overlook 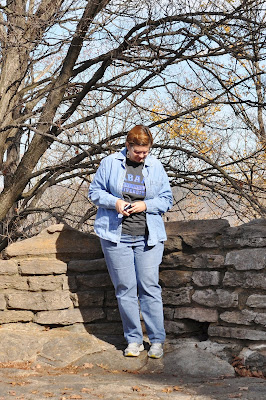 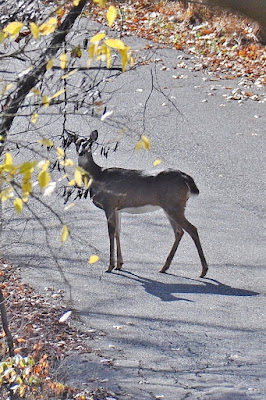 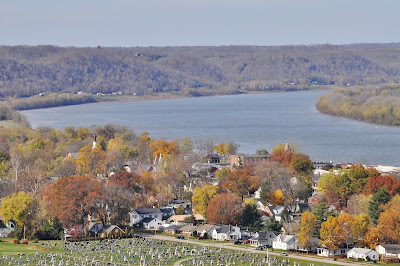 Bend in the mighty Ohio River! 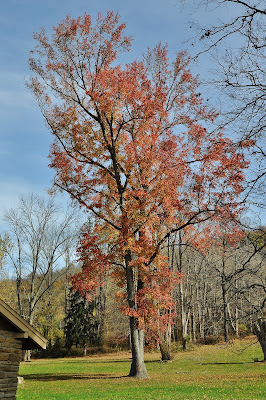 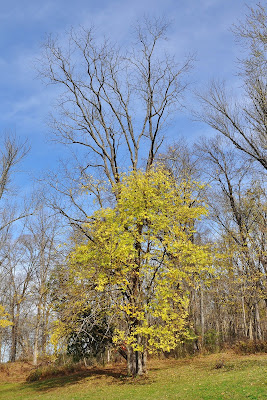 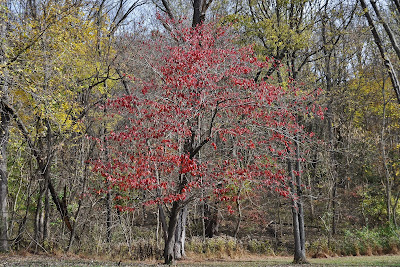 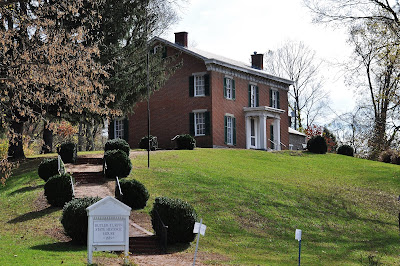 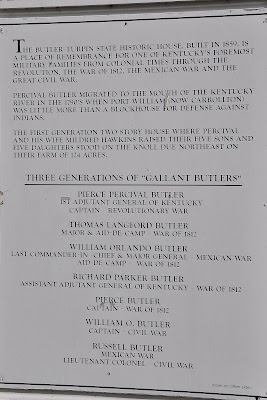 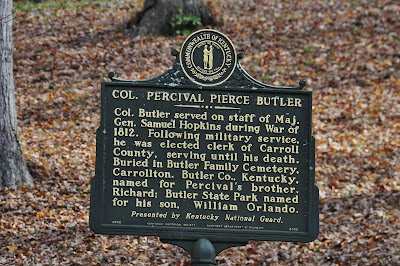 We crossed the Ohio at Markland Locks and Dam, then we took one of our favorite drives in all the world: up the Ohio through Patriot and Rising Sun and Aurora to Lawrenceburg, Indiana, where we enjoyed a late lunch and another stretch of the legs: 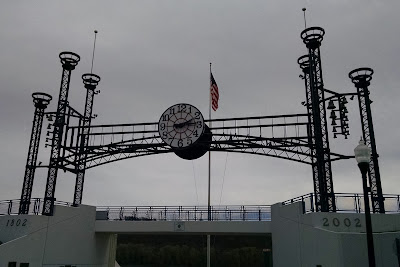 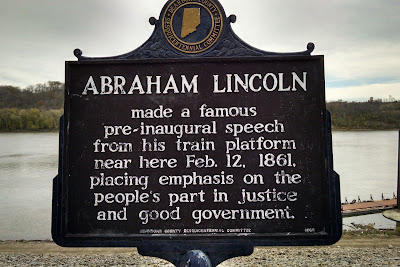 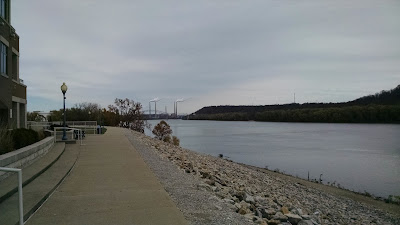 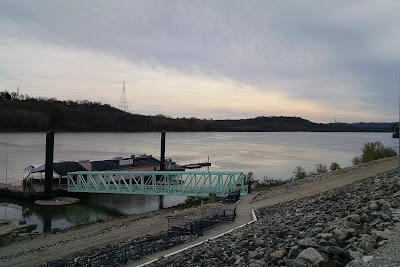 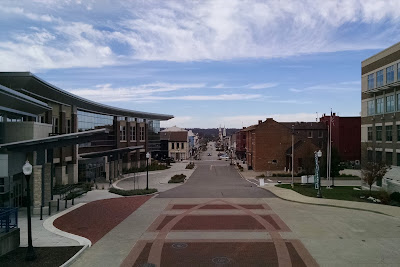 Alack, we could not stay more than a night in old Kentucky, but we did, as always, enjoy our time there. Here's hoping that their current troubles in time are resolved. The Goebel assassination opened the door to yet more corruption and graft, particularly on the part of the L&N Railroad. Here's hoping the current accusations of voter fraud and election tampering, unlike in 1900, lead to reform and progress, not violence, overt or legislative, and yet more corruption.